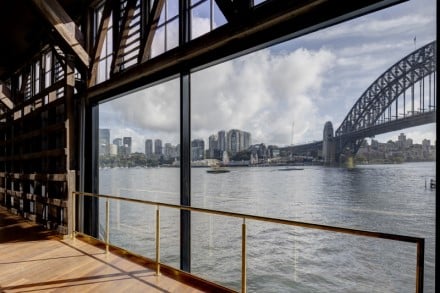 Sydney’s newest cultural precinct on the Sydney Harbour foreshore has won the Lachlan Macquarie Award for Heritage at the 2022 National Architecture Awards, alongside a National Award for Public Architecture

The stunning redevelopment of Pier 2/3 and Wharf 4/5 was undertaken by Tonkin Zulaikha Greer Architects, who delivered the ground-breaking vision for a world-class arts and cultural precinct for Sydney.

The Australian Institute of Architects’ National Architecture Awards program celebrates the diversity and quality of the nation’s built environment and provides the Institute with a valuable mechanism to promote architects and architecture across Australia and internationally. This year’s 2022 awards program attracted hundreds of entrants, with 184 entries eligible for the National Awards. A comprehensive judging process determines the shortlisted and winning entries. The winners were announced at an event at Taronga Zoo on Thursday 3 November.

In addition to these two new awards, Walsh Bay Arts Precinct has already received significant acclaim for TZG’s heritage-sensitive redevelopment, including awards in four categories at the 2022 NSW Architecture Awards. The Precinct received the state’s top award, the NSW Architecture Medallion, as well as awards for Public Architecture, Greenway Award for Heritage and a commendation for Interior Architecture. Earlier this year Walsh Bay Arts Precinct won in the Adaptive Reuse category at the National Trust Heritage Awards 2022, and in July 2021 the renovation of Sydney Theatre Company’s premises at Wharf 4/5 by Hassell was recognised with the prestigious Sir John Sulman Medal for Public Architecture. Wharf 4/5 is the only project to have won the Sulman Medal twice.

The newly redeveloped Walsh Bay Arts Precinct is the result of $371 million investment by the NSW Government.