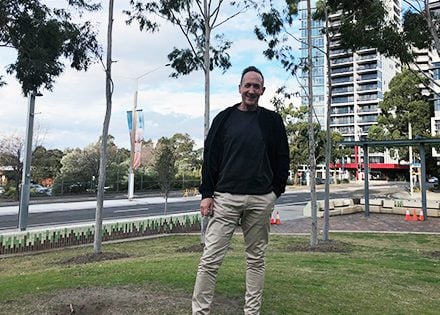 On Thursday 21 June, you can Sydney Olympic Park during the day at Jacaranda Square and in the Yulang in the evening for a unique sonic journey that includes a live cross to the Sydney Symphony Orchestra performing Verdi’s Requiem at the Sydney Opera House and a curated program presenting some of the best of Western Sydney’s emerging musical talent.

See its program for the day here: https://bit.ly/2M1TULN

See this link for more information on Verdi’s Requiem: https://bit.ly/2JTEc85

Can you tell us what excites you about Make Music Day?

There are a number of things that I find exciting about this event. It’s great for the Park to be part of such a wonderful international initiative that celebrates music in its purest form. We’ll have everything from kids who are learning their craft through to young people beginning to make their musical mark, with it all culminating in a performance by one of the world’s truly great orchestras, the Sydney Symphony Orchestra. It’s a truly unique event, and it’s only fitting it should be celebrated here at Sydney Olympic Park, Australia’s Concert Capital and home to the very best in live musical performance.

What does celebrating Make Music Day in NSW do for local artists?

I think the international scope of the event gives local musicians an opportunity to be part of something that connects them with the wider world of music. The universality of music is unique among the artforms, and this event, which is already huge throughout the world, really reinforces the integral role of music in the broader human experience. Ultimately, it’s a really great opportunity for locals who sing and play to hone their craft in front of new audiences in a relaxed, informal and ‘pressure free’ environment.

Why is Make Music Day important to the Western Sydney community?

As those of us who work in the arts in Western Sydney have long known, there is an abundance of musical talent in this part of the world. Events like Make Music Day not only allow local musicians to showcase their wares, they give audiences a ready-made opportunity to engage with and support their home grown talent. It’s also a useful reminder that cultural expression isn’t merely something peripheral or discretionary, it’s a fundamental part of what it means to be human, and its humans who make up communities in Western Sydney and everywhere else.

What does Make Music Day mean for the future of the NSW music industry?

I think that Make Music Day drives home the point that for a country to have an authentic and vigorous cultural life, it must have a viable live music industry. The essence of music is bound up with the emotional exchange that occurs during live performance, and events such as Make Music Day, which celebrate this moment of connection between musician and audience, remind us of how important it is to ensure that live music venues and performance opportunities remain as an integral part of the cultural life of the city.