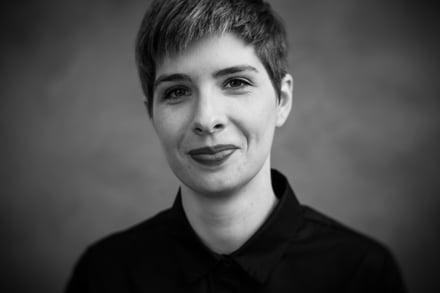 As one of the world’s leading and most beloved literary institutions, Sydney Writers’ Festival devastatingly launched the day that the World Health Organization declared the Coronavirus to be a global pandemic. In response, Artistic Director Michaela McGuire and her team curated a reimagined program allowing many of its 440 writers to share their works with Australian and international readers. Michaela takes us behind the scenes on how they made this happen.

The Sydney Writers’ Festival (SWF) program launched in the middle of COVID-19. Can you tell us what happened next?

The timing was devastating for us. We launched this year’s program on 12 March, on the same day that the global pandemic was declared by the World Health Organisation. The very next day – when our tickets went on sale – the Australian Chief Medical Officer announced a ban on mass gatherings. The program had a shelf life of less than 24 hours, which is heartbreaking not just to the staff, but to the 400-and-something writers – many of whom would have been given a well-deserved first airing of their books.

Thankfully, we reimagined the program quickly, and I’m proud of the work that we did under very difficult circumstances. It made sense for us to focus on podcasts because we had a very dedicated existing subscriber base. On the “tech” side of things we had to work out how to ship recording kits in a pandemic, and that’s not my area of expertise. But our production team are incredible. The recordings sound like they were produced in a studio, which is impressive.

Tell us about moving to podcast.

It’s a huge logistical undertaking with a lot of background effort to make the podcasts sound as good a quality as you can get from someone’s home. There have been two sides to the logistics. The first is the tech. We have 10 recording kits that are made up of owned and rented MacBook Pros, a couple microphones that can be sterilised, lots of antibacterial wipes, and new sets of disposable headphones for everyone. These kits are being delivered around Sydney by our team, across the country by couriers, and are now being shipped internationally.

We also have two or three tech people who will listen in on each call to monitor the audio levels. They do a tech dress rehearsal 24 hours before the actual conversation takes place, at the same time of day that the conversation is going to take place, so that we can check what the internet speeds are like at that time of day, and suggest a new time if there’s heavy traffic.

And the other side of it is that we had to keep redoing the careful and beautiful timetabling we had in place. We’re working across different time zones now as we’ve had to record internationally.

Thinking about how the Festival had taken this online approach, do you think there’ll be more online aspects of the Festival in coming years?

We don’t know yet. The Festival has had a strong digital presence previously where we streamed some of the events.

This experience has given us a new toolkit and a new set of skills. It makes us feel more adaptable and confident going forward in what’s going to still be a different world, in the next year.

This year’s theme was Almost Midnight, which you chose in October last year. At the time there was a lot of talk about climate change. Given the current state of play, what has your approach been to the podcast series?

The creative program hasn’t changed. We’re releasing the conversations that were scheduled to take place in April. There was one session about pandemic, but all the medical professionals who were meant to be involved are pretty busy at the moment. We did have quite a few sessions addressing the bush fires, and we’re still hoping to get to those.

The digital program is being led by the logistics of moving the 10 kits around the world. Thankfully, our Production Manager is a logistics expert, which none of us were aware of until this pandemic.

With borders shut, Australians are turning inward to see what culture we have in our own backyard. As you’ve got your eye to the page of so many great authors – what trends are you seeing – and what’s exciting you in Australia?

A lot of the publicity that SWF usually gets is centred around the 40 or so international guests who come every year. But we have 440 writers participating in the Festival, so we are focusing on highlighting those hundreds of Australian writers whose books have all come out in the last 12 months. There will be a few international conversations taking place, but not as many as there would ordinarily be at the Festival.

COVID has done wonders for streaming services, and jigsaw puzzle manufacturers alike. Is it the case that these unprecedented times could be pushing people back to books and reading? Do you think COVID will spark a resurgence for the publishing industry and for booksellers?

There’s been a ton of digital activity in the last couple of months. In some ways, that’s been nice, because it means that people can take a chance on writers who they wouldn’t ordinarily have spent money on.

A positive outcome of this is that we’re creating more awareness and growing more of an audience for more emerging Australian writers. And about digital activity more broadly, I think there’s a lot of screen fatigue because people are spending so much of their workdays on video calls.  It’s felt like a long couple of months. It made sense to stick to podcasts, in the hope that people can continue to enjoy these events throughout our off-season, whether that’s while they’re cooking or walking. And I hope that that holds true.

Are you seeing any other benefits and barriers to moving online this year?

Our main challenge is financial security. We have no income, which puts us in a precarious position going forward. We are asking our audiences to donate what they can, but it doesn’t approach the income from ticket sales.

Annabel Crabb mentioned that you’ve got an amazing gift for coming up with prescient themes. Considering this, what will you choose for next year?

It’s usually around October of each year that I settle on the idea of what the overarching conversation for the festival is going to be. I’ve got a few months’ breathing space to try and think broadly, and creatively, and deeply about that.

What are you reading in isolation?

I’ve read more in the last two weeks than I’ve probably read all year. My favourite was the new David Mitchell novel, Utopia Avenue, which is out next month. He’s a writer who I’ve loved for about 15 years. He creates the most incredible universes in his books that aren’t usually linked. So many minor characters from his earlier works pop up in this new book unexpectedly, it’s such a delightful surprise whenever they do because it feels like the literary equivalent of being visited by an old friend. The perfect read!

Is there anything else you wanted to share about the program of podcasts you have coming up?

The new schedule now is that we’ll be publishing two new conversations every week until after Christmas.

Listen to the digitally reimagined sessions from the 2020 Sydney Writers’ Festival program. Available for free on all major podcast platforms.