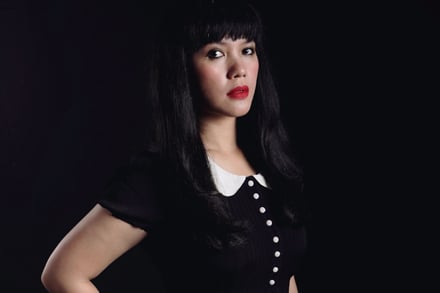 Writer, academic and winner of the PEN Translates Award, Intan Paramaditha’s novel The Wandering challenges the dominant narratives of women travellers, while playing with the conventional ideas of the travel genre.

You were programmed to speak at Sydney Writers’ Festival (SWF). While the event couldn’t happen this year, how does it feel now to reach its audiences through podcast.

Speaking at festivals has always been stimulating. People would bring interesting questions, and book-signing is a good opportunity to interact with readers. Podcast is also a good alternative to reach the audiences, and I am glad I had the conversation with Shirley Le, whose writings I admire. I thank SWF for making this possible.

Your novel, The Wandering, is a choose-your-own-adventure story for adults. Readers will find themselves becoming a tourist of an undocumented migrant, mother or murderer, meeting a wide cast of travellers along the way with their own stories to tell. How did you first settle on this experimental form, which is even more timely, now that overseas travel is not currently an option for most of us.

When I was younger, I wanted to write a novel that allows the reader to choose their own narrative paths, inspired by the Choose-Your-Own Adventure series that I read as a child. I believe that experimentation with form needs to be conceptually strong. At that time, I just wanted to have fun, so I ditched the idea. Years later I had many thoughts about travel and displacement in our globalised world, and I finally found a reason to return to the structure. It fits the questions around travel – questions of intersections in life, the roads not taken, and how our choices are limited by larger political structures.

You have mentioned this novel took you nine years to write, and that during this time you lived a fairly nomadic lifestyle. How did writing it from a variety of locations affect your writing, especially the narrative possibilities for your protagonist?

Living in different places allowed me to observe people from various backgrounds, their experiences as travellers and migrants, and how they view themselves in the world. This influenced the way I think about my characters, who are displaced, on the move, or both. My experience living in Queens, the borough of migrants in New York, has shaped the kind of cosmopolitanism I affiliate with, not the elitist cosmopolitanism but cosmopolitanism of the common people – undocumented migrants, refugees, and poor international students on scholarship.

This book plays with the conventional ideas of the travel genre and brings up stark truths between terms such as “tourist”, “expat”, “refugee” and “migrant”. Can you talk about your ideas about the representation of other cultures in travel literature?

In the past, the figure of the traveller – in literature or cinema – was predominantly male and white. Today there are more stories of women travellers, but many revolve around the discovery of the self and the feminist agency through a capitalist frame, the consumption of exotic places, and the people encountered merely serve as a backdrop.

I wanted to read more stories where the protagonists are women from the global south who travel – an act that’s still frowned upon in many places – and reflect on their home, globalisation, and the conditions of coloniality that shape their lives. I guess this was the reason why I wrote The Wandering.

Your book was first released in Indonesia. How was it received there?

Many Indonesian readers told me that they could relate to the idea of “good girls go to heaven, bad girls go wandering.” It counters the politicised discourse of heaven. With the rise of Islamic conservatism, there are many campaigns that urge women to curb their aspiration for higher education and focus on being good wives and mothers to earn a place in heaven.

Some other readers were less excited because they had expected a horror novel. I guess the expectation came from the title. “Gentayangan” is a word associated with ghosts who are wandering, occupying an in-between-state, neither alive nor fully settled on the other side. I use “gentayangan” as a metaphor for the liminal state that characterises border crossing.

What do you hope Australian readers will take from the book?

The book is an invitation to think about our place in the globalised world, the cosmopolitan idea of making connections across cultures, and the privilege of mobility. In that sense, the book is for everyone regardless of their location.

In a more specific way, I think what makes Australian literature exciting is the persistence of stories that challenge dominant narratives. These are written by culturally diverse writers such as Claire G. Coleman, Melanie Cheng, Omar Sakr, writers from the Sweatshop collective, and many others. It would be a humbling experience if my book could contribute to the effort to present more voices with different viewpoints and histories.