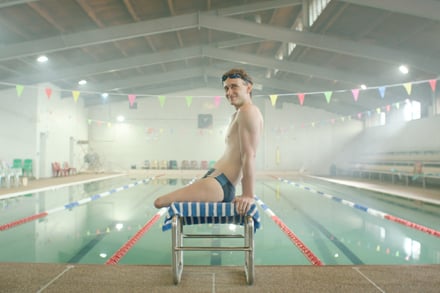 Adam Bowes as Alex in Diving In. Photo by Dario Hardaker.

The 67th Sydney Film Festival: Virtual Edition and Awards program was officially launched last week and returning to the Festival is Screenability, an exciting platform for screen practitioners with disability, in partnership with Screen NSW.

You can rent all three films from 10 – 12 June on Sydney Film Festival’s On Demand platform.

Image: Adam Bowes as Alex in Diving In. Photo by Dario Hardaker.