Interview with Shawn Spina: Prone to the Drone 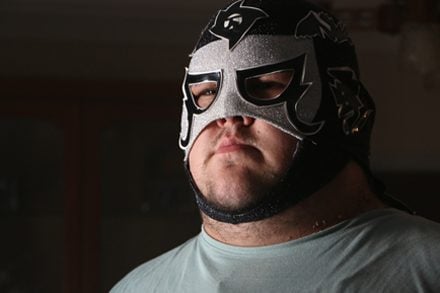 Shawn Spina in Prone to the Drone. Photo by Alexandra Olguin.

Ahead of its premiere screening at the 66th Sydney Film Festival as part of the Screenability program, Create NSW spoke to the writer and star of Prone to the Drone Shawn Spina.

What does it mean to you to have your film – Prone to the Drone – selected in the Sydney Film Festival’s Screenability program?

It means a great deal to me to have shown as part of SFF Screenability. It is an opportunity for me to grow further as a filmmaker, to make more meaningful projects and hopefully share my experience with other artists to get their voices heard too.

SFF’s Screenability program gives opportunities to people who may be overlooked or unrecognised. It’s a chance to show people that they have a voice, a heart and a story to share.

Prone to the Drone tells the story of Sam who leads an isolated life. Sam’s daily life is interrupted by a drone flying over his back fence. What inspired you to write the story?

I was inspired by events that happened to me. There was a moment in my life when I felt like I hit rock bottom, and I isolated myself from everyone. I felt like I lost meaning to my life and I was directionless. It wasn’t until I pushed myself to get involved again, and that I had life put back into me.

So, I wrote a story about when someone is at the lowest point in their life, how that isolation can tear you down, and how all of that combined – can make it difficult to find yourself. The main message is to not dwell on things that may bring you down, and to make positive changes to your life for your own well-being.

When speaking about Prone to the Drone, you have said “I want Prone to the Drone to be a story that audiences can find the happiest of feels in dark moments.” Can you tell us more about that and how you think the film can help others who may be going through a similar experience?

The film has a lot of serious moments, but within the scenes come some humour in it. I hope when the audience is watching, they can relate to the story and think about humour in the times that they have felt those lows.

What was it like to collaborate with CuriousWorks and Matchbox Pictures to make Prone to the Drone? What did you learn from the experience?

It was a good experience. Everyone had helpful, fair and insightful feedback to the script. It was helpful seeing my vision from different perspectives.

However, the most important thing I learnt from this experience was how to pitch an idea and how to submit a grant application. I had never been good at pitching my stories to people, my ideas had minimal structure. When it came to pitching my idea, the CuriousWorks gave me important pointers of how much to say, what I want to say, etc. I had previously worked with CuriousWorks to help many other people to get their projects and works out. This time, it was great to have them help me get Prone to the Drone out. It was a great and insightful experience.

Matchbox Pictures was also very helpful. Kali Reid raised questions about the script’s questions I had previously put to the side when I wasn’t sure if a scene made sense. They also gave me the opportunity to work with industry professionals like the wonderful Sky Davis (DOP), and the brilliant Jai Pyne (Composer). The film wouldn’t have been as good as it is without them.

Everyone who was involved with Prone to the Drone helped me in more ways than expected and I couldn’t be more thankful.

Image: Shawn Spina in Prone to the Drone. Photo by Alexandra Olguin.