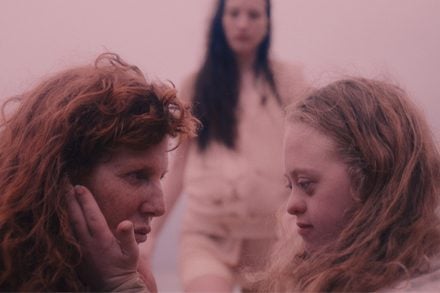 After the success of his 2016 film – Nathan Loves Ricky Martin – award-winning screenwriter and producer Michael Bates is back with a new film Deluge. Don’t miss Deluge’s premiere at the 66th Sydney Film Festival as part of the Screenability program.

What does it mean to you to have your film Deluge selected to screen in the Sydney Film Festival’s Screenability program?

Being a part of Screenability is a tremendous honour to me. It’s a stamp of approval for not only being a successful writer but being one with a learning disability of dyslexia. It’s been a long road with many years of rejection to get people to believe in me.

I hope the program inspires others with disabilities to get involved and make films because we are an interesting group of people with things to say that are worth listening to. I’m always looking to collaborate or offer advice to filmmakers with disability. Our stories need to be seen on screen and it’s exciting that so many agencies also support our stories, like Create NSW.

Deluge tells the story of three women who rebel against a religious commune. Where did the inspiration for this story come from?

My friends and I have all experienced similar abuse to what is depicted in the film. I wanted to explore this theme as it has had detrimental effects on our lives and we felt powerless to change the situation. I felt that if we could talk about it, it could help the healing process or make the load a little bit easier. I hope the film is a vehicle for people to consider speaking out too. For me it was hard. I still remind myself not to be ashamed and I hope my writing was honest. The dynamic between the mother and two sisters reflects my own family. I grew up with three strong women, so I was interested in exploring how the characters in the film carry hardship and grief with a gentle strength.

How much of your own lived experience of disability influences the story?

Deluge isn’t a story about disability. That was important to me, to create a script where the disability isn’t at the forefront of the story but is intrinsic to it. Being disabled not only shapes my life, it also forms the stories I write. It is my way of viewing the world – the lens in which I see life and a great point of difference in my scripts.

How much involvement did you have with Deluge’s director Cloudy Rhodes, in the overall artistic vision of the film?

Cloudy Rhodes and Jessica Carrera the Producer really championed and stayed true to my artistic vision and writing. We worked together as a strong team and went through a lengthy collaboration process, so that meant the core message of the film was never lost. It was a great experience working with such talented people.