How to put together a winning program 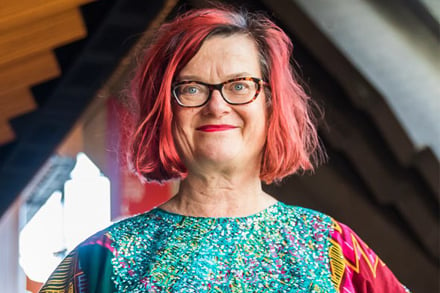 As Director, Programming at Sydney Opera House, Fiona Winning has one of the most coveted and colossal curatorial roles in the world. We spoke with Fiona about her rise to the top, and to learn about her role in selecting and presenting works by inspirational Australian and international artists to the world stage.

You have a strong history of programming, curating, and producing new work in Australia. How did you find your way into your current role at Sydney Opera House?

I was Head of Programming for five years at Sydney Festival and felt it was time for a change. I originally took a six-month contract with Sydney Opera House, thinking I would do some freelance work for a while after that, but I got really excited about who I was working with, and what was possible. So, after a few months when the opportunity arose, I applied for an ongoing position.

You and your team have a huge remit – programming across Contemporary Music, Contemporary Performance, First Nations, Talks & Ideas, Digital, Children, Families & Creative Learning, Classical Music, and Artist & Sector Development – how do you find and program up to 800 performances a year and keep them at the level the public expects from Sydney Opera House?

Each of these areas of programming at Sydney Opera House Presents, the internal presenting arm of Sydney Opera House, has a team with really deep understanding of that area of practice locally, nationally, and internationally, and all with excellent artist, company, and agent relationships. Each team researches, follows, and sees a lot of work by contemporary artists and thinkers, in their area.

When it comes to pursuing particular artists or shows, we keep the whole picture in mind, knowing that across any program we need to address several priorities simultaneously. For example, we’re committed to deepening our engagement with broader audiences; ensuring our artists reflect a diversity of backgrounds and lived experiences; balancing challenging artistic experiences with financial success, and more.

I facilitate a collaborative working environment among the Sydney Opera House Presents teams, including identifying ‘zeitgeist’ issues and engaging the teams in ‘deep dives’ annually to reflect on our past programs and plan for change into the future. This includes identifying when we need to be proactive, and in which areas, and how we can better collaborate with internal and external partners.

The Opera House is also home to many great and distinct festivals – how do you approach programming to each of those?

Edwina Throsby, our Head of Talks and Ideas, leads the programming on All About Women and Antidote. Ben Marshall, our Head of Contemporary Music, leads on Vivid LIVE as part of the city’s annual Vivid Sydney festival of light, music and ideas. Generally speaking, they are following exciting and rigorous new work by artists and writers locally and internationally and inviting and encouraging them to participate. The programs need to present work that offers up new ideas and perspectives, and that is relevant to diverse audiences and media, so programming some headliners alongside some lesser-known but brilliant artists or speakers, is important.

Audiences have a bigger appetite for risk during a festival, so it’s a great time, and part of our responsibility to the sector to introduce them to artists and ideas they might not know. It’s also an opportunity to invite well-known artists to experiment with new collaborations or approaches. That’s where proactive curatorial approaches are critical – supporting artists to do new things whilst offering audiences experiences they’ve not encountered before.

For example, at All About Women last year Edwina introduced a free new participatory event Conversations with Feminists – a rotating, three-hour conversation between guest speakers, prominent Sydneysiders and audiences. Another example is Ben collaborating with our Contemporary Art Curator Sarah Rees and Hong Kong’s M+ to program The Hidden Pulse during Vivid LIVE, where we screened a program of artists’ videos and films exploring the capacity of music and performance to build community and transform culture.

As you’ve got your ear to the ground across so many artforms – what trends are you seeing – and what’s exciting you in Australia and around the world?

So many ways to answer this question! I think there are two areas that we’re seeing fundamental and exciting change. The first is the increased profile of, and diversity of work being created by First Nations artists, in Australia, and in other colonised countries. On the local front, new works by Moogahlin Performing Arts, ILBIJERRI Theatre Company, Yirra Yaakin and many independent artists are being regularly programmed in all our major festivals and many venues.

Then across artforms, artists are leading urgent nuanced conversations around climate crisis – both as the subject for their work and a formal challenge to its creation and presentation (limiting flying miles and carbon footprint).

Recently we’ve seen compelling images of a world on the precipice of apocalypse in Hofesh Shechter’s Grand Finale; personal reflections on grief as dancer Rosalind Crisp describes her return to a now ravaged childhood landscape in DIRtywork; satirical comedy about eco-activists taking the Parliament hostage till they come up with climate solutions in David Finnigan’s Kill Climate Deniers.

Be vigilant. Speak up. By that I mean we need to reflect on and critique our own and others’ conscious and unconscious actions in the workplace, on boards, and in the broader culture. To listen, learn from, and support women of colour, trans women, and young women as they navigate the challenges that are different or similar to those we might have experienced. If together we create a culture that is open to challenge, then we can collaborate, to enact change.