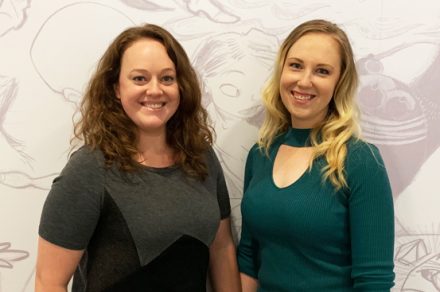 Emerging filmmakers with disability Nicole Delprado, Shawn Spina and Llewellyn Michael Bates and their teams have been selected to take forward three 2019 Screenability shorts that will be considered to premiere as part of the 66th Sydney Film Festival in 2019.

Covering tales of mental illness, a coup of a religious commune and an introvert’s discovery of a drone, Magnetic, Earthing and Prone to the Drone will go into production in January ahead of final delivery by March 2019.

Now in its third year, the Screenability Filmmakers Fund from Create NSW has widened its remit this year to support nationwide filmmakers with disability to collaborate as part of NSW-based teams.

The three selected shorts will be filmed and post-produced entirely in NSW through the assistance of a $30,000 grant from Create NSW as well as executive producer support from Kali Reid at Matchbox Pictures.

Kali Reid, currently working in the Scripted Development team at Matchbox Pictures, has confirmed to work as Executive Producer on all shorts. Kali is the co-founder of multidisciplinary arts space 107 Projects in Redfern and has produced work for Sydney institutions including Sydney Festival, Campbelltown Arts Centre and Carriageworks. At Matchbox she has worked across the full scripted slate, including ABC’s forthcoming new series The Heights and a number of new projects in development.

The Screenability Filmmakers Fund is part of a suite of initiatives under Screenability NSW, an open-ended policy commitment by Create NSW to work with industry to grow participation in the screen sector by Australians with disabilities.

Eligibility for the fund called for filmmaking teams that had at least one key creative (writer, director or producer) identifying as having disability (including people with sensory or physical impairments, including deaf people – hidden impairments, intellectual impairments, learning difficulties or mental health conditions) and with an intention to develop a career in screen content creation.

Synopsis: A young woman walks the fine line between mental illness, creativity and identity, as her road to diagnosis jumps from cured to complicated.

Key Creative Team Summary: Joanna Beveridge and Nicole Delprado write, produce and direct content with well-developed female characters always at the forefront. In September 2018, they were announced as winners of the Filmaka Web Series Competition for their pilot Sydney Sleuthers and have been granted funds to create the remaining nine episodes and in October 2018, their pilot script Realbots was longlisted for the Australian Writers’ Guild John Hinde Award.

Joanna is incredibly accomplished; having achieved both a Bachelor of Applied Science (Nuclear Medicine) from Sydney University and a Bachelor of Digital Media from UNSW. In 2015 her pilot Pendragon was shortlisted for the FremantleMedia Blue Sky Drama Initiative. She worked as a Promotional Producer at Network Ten, a Digital Editor at ITV Studios and is currently a Creative at NBCUniversal.

Cloudy Rhodes is a queer filmmaker who has directed music videos, short films and television commercials for clients including Louis Vuitton, Vogue and RUSSH. Her debut short film Lo Loves You premiered on i-D and was picked up by ‘This is Arcadia Films’ to accompany their national release of First Girl I Loved, and her most recent short, SINK, has had international festival success.

Jessica Carrera is a co-founder of Dollhouse Pictures, a recipient of Screen Australia’s Enterprise People and was named by Screen Producers Australia as ‘one to watch in 2018’. She has produced short films including Eaglehawk (directed by Shannon Murphy), which premiered at the Sydney Film Festival, and Lexus Fellowship winning short film My Boy Oleg written/directed by Sundance 2018 winner International Short Jury Prize winner Goran Stolevski. Recently she produced Desert Dash (directed by Gracie Otto) that screened at the Toronto International Film Festival.

Synopsis: Prone to the Drone is a melancholic, comic film about loneliness and connection, as seen through the eyes of a man who has made a life to protect him from the chaos and accidents of the outside world.

Sam, a lonely introvert who is stuck within the darkness of his home, is confronted with a problem when two young boys drop a drone in his backyard.

Key Creative Team Summary:
Shawn Spina is the writer and lead performer of Prone to the Drone. He joined CuriousWorks in 2013, picking up valuable skills and experience on several professional and community projects. This is Shawn’s first independently-written work and lead role on a production.

Miranda Aguilar is a queer Filipina artist from the Blacktown region. She is currently developing LGBTQI+ themed play, Let Me Know When You Get Home, which was picked up by PWA’s New Play in Development. She has been facilitating the CuriousWorks Writer’s Group since 2016, leading other emerging writers in the development of their scripts, including Prone to the Drone.

All three artists recently celebrated the launch of Las Rosas, a web-series released in 2018 and produced by CuriousWorks, with Daisy Montalvo as the director, Miranda as the showrunner, and all three as co-writers.

CuriousWorks’ CEO, Vanessa Hyde worked as producer on the company’s recent feature film, Laka (2018) and has supported Shawn Spina and the other Curious Creators in developing their skills and portfolio through community arts.