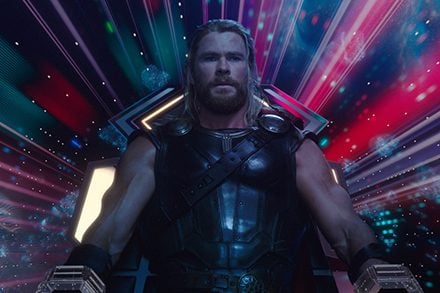 NSW is now one of the most competitive locations in the world for filmmakers following the announcement of a new 10% incentive for the Post, Digital and Visual Effects (PDV) sector.

Update 1 October 2019: Screen NSW has undertaken industry consultations to inform guidelines for the 10% NSW PDV Rebate, which is effective fro, 1 October 2019. Guidelines and application forms will be available on the Screen NSW website shortly and enquiries can be directed to sue.mccreadie@create.nsw.gov.au.

Film and television production is currently booming across the world due to unprecedented consumer demand for content and streaming.

This competitive post-production incentive gives filmmakers and studios even more reasons to locate in NSW. Coupled with Create NSW’s extended Made in NSW funding, which so far has supported over 20,000 jobs and brought in a spend of over $700m across the State, this is a great opportunity for filmmakers and studios.

Nearly 60 per cent of Australia’s screen practitioners and more than half of the country’s production and post-production businesses call NSW home. The incentive brings NSW in line with global locations such as the US, UK and Canada, in addition to competing States, and can be accessed by filmmakers on top of Federal incentives, who commit to spending over $500,000 on PDV in NSW.

This incentive has allowed Create NSW to sign with Warner Bros. for post-production on the upcoming Untitled Baz Luhrmann Elvis Project, which anticipates injecting up to $35m into the State.