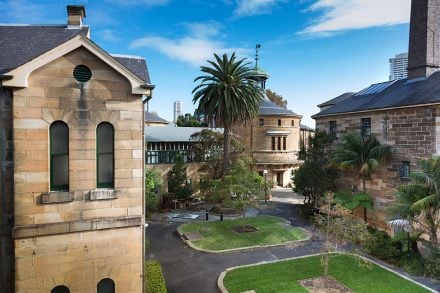 The Darlinghurst Gaol was constructed between 1822 and 1824 using convict labour, but due to a lack of funds, sat empty for 12 years. Construction of the rest of the complex did not begin until 1836, with completion of the cell blocks in 1840. The first prisoners commenced occupation of the gaol on 7 June 1841 and the prison closed in 1914.

The site is managed by the National Art School and is used as a tertiary level art school acclaimed for its studio-based learning model.

The National Art School has several commercial ventures which preserve the rich history of the site. This includes tours of the Old Darlinghurst Gaol site and the Cell Block Theatre venue.