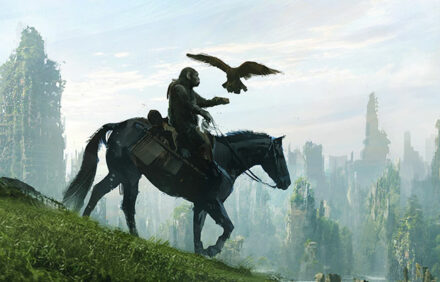 Kingdom of the Planet of the Apes. Image courtesy Disney

Announced today at Disney Studios Australia in Sydney (renamed from Fox Studios Australia, part of The Walt Disney Company’s Australian footprint), 20th Century Studios’ Kingdom of the Planet of the Apes will receive $17 million in support from the Australian Government, and funding through Screen NSW’s Made In NSW fund.

“Planet of the Apes” – which follows the rise of an intelligent ape species fighting for control over Earth and its human inhabitants – is one of 20th Century Studios’ most popular and enduring franchises, amassing more than $1.7 billion worldwide.

This production will inject more than $128 million into the Australian economy, utilising the services of more than 1,000 local businesses.

Steve Asbell, President of 20th Century Studios, said: “’Planet of the Apes’ is one of the most iconic and storied science fiction franchises in film history, as well as being an indelible part of our studio’s legacy. With Kingdom of the Planet of the Apes we are privileged to continue the series’ tradition of imaginative, thought-provoking cinema, and can’t wait to share Wes’ extraordinary vision for this new chapter with audiences in 2024.”