NSW Singer-Songwriter Frances Madden’s career is on the rise 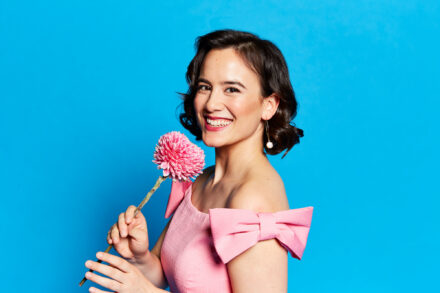 Frances Madden is one of Australia’s most talented singer-songwriters and piano players.

Ahead of International Women’s Day, Frances spoke to us about her recent performance at the Australian Open, working with ARIA award winner Chong Lim AM and the upcoming release of her new album Beautiful World.

Your music is mostly influenced by jazz and contemporary music. What do you enjoy most about these styles of music?

I grew up listening to my dad’s record collection which included everything from Bach and Mozart, to the Beatles, James Taylor and Ella Fitzgerald. There’s quite a wide variety of styles there, but across them all the music is melody driven with thoughtful arrangements and lyrics that touch you emotionally. Being the soundtrack to my childhood, there’s probably a sentimental value for me in the music of those artists too.

You recently performed She Will Rise at the 2022 Australian Open before the Women’s grand final match. What inspired you to write this song?

During the lockdown of 2020, I was inspired to write a song that celebrates and encourages women. I then recorded a demo track with my producer Chong Lim AM, with the support of a Small Projects Grant (quick response) from Create NSW. A few days after we finished, Chong called me to say he had played the track for one of the producers at Tennis Australia – Chong happens to be musical director for the Australian Open – and they absolutely loved it. By the end of that week, I had an official invitation to perform the song at the Women’s Singles Final Night. Of course, at that point I didn’t know Ash Barty would be playing in the final but what a perfect addition to the script.

What have been your biggest challenges as a woman working in the music industry?

Men still greatly outnumber women in our industry and it’s still a kind of male-dominated culture. In my interactions with musicians and executives, even ten years in some older males feel the need to speak for me, or talk to me like someone they see as less experienced. In the early days I had to work hard to be taken seriously as a band leader, arranger and songwriter because of that male centric culture; and it’s a culture that is not only adopted by the men in the industry.

As women we’re also often conditioned to accommodate others and I’ve had to fight that habit at times to be a successful band leader working towards a vision for a song or an album or a show. And it is doubly hard if you are a woman leading a band full of men who are generally older than you as well as great musicians in their own right.

Your Second Studio album Beautiful World was recently released by ABC Music. The album was produced by ARIA award winner Chong Lim AM, who also works with John Farnham and Olivia Newton-John. What did you learn from working with him and how has it helped your artistic practice?

It was a dream come true working with Chong Lim as producer on the album. He has such a wealth of experience having worked with some of Australia’s finest artists. Whilst working alongside Chong, I learned about the importance of trusting in the production process and the creative flow of each contributor, rather than having everything planned out from the start. This leaves room to really create some magic, especially when you are working with some of the industry’s best. I appreciated that as producer he also gave me a gentle push to try new things, such as playing the Hammond organ on a few of the tracks, such as I Go to Rio and The One Who Walks Me Home.

This year the theme for International Women’s Day is #BreakTheBias. What do you think we can do collectively, to help create a more gender equal world?

I think if I’d had more female role models on a similar path to work with and learn from, it would have made a difference to my growth and confidence as a young artist. In this vein I believe mentorship and artistic programs for young females can be really helpful in providing a safe space for them to nurture their talent and get to know themselves.  I think as women we can also look out for and support each other when needed to ensure we are all reaching our potential — I’ve experienced being supported by other women in pivotal moments of my career and it can be such a powerful thing.

I’m just about to begin a 5-show tour with the band in March which will take us through Sydney, Bowral, Wollongong and Canberra. After that I will be heading to the UK where I’ll spend some extended time to share my music in the broader UK and European markets. I’m also looking forward to visiting Japan later this year where my album Beautiful World is soon to be released by Universal Music. Apart from that, I have a lot of new material for the next album, so I hope to get back into the studio again soon!

Watch Frances Madden’s recent performance of She Will Rise at the 2022 Australian Open.

To find out more about Frances Madden and upcoming tours, click here.