With performance artist Angela Goh, you never really know what to expect 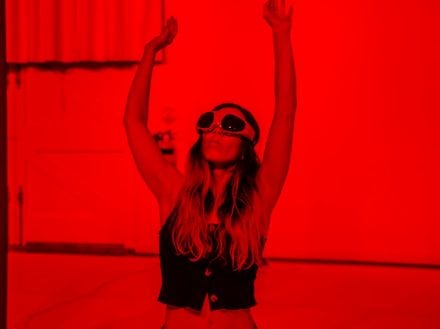 Angela recently received a Create NSW Quick Response grant and we were lucky enough to ask her some questions about the show.

What things most inspire your work and help shape the narratives you tell?

What do you believe dance can uniquely communicate that other art forms can’t?

Well, I think that dance is not really that good at communicating, per se… actually I think that dance has a communication problem! It’s so abstract it’s kind of the worst way to try to communicate something. But that’s good, because it means that a dance could be a million different things. Which is also not to say that it is just whatever, but that it is precise and specific, but not prescriptive. Perhaps it’s not that dance can “uniquely communicate”, but rather that it offers a situation for “unique” understandings. So far my interest in dance is not necessarily as a mode of expression or communication, but rather as a kind of container for the coming together of ideas and people.

Your new piece, Uncanny Valley Girl, that you are performing at Liveworks sounds amazing, what can we expect?

Watching your work, feeling the intensity you bring to it, provokes a succession of profound and varied feelings, discomfort and tension, insight, familiarity, vulnerability, revulsion, shame and humour among them. What do you most intend for your work to achieve?

Bingo, just that! Some kind of experience that is perhaps difficult to define, but manifests in a wave of varied feelings.

What are your plans and aspirations after Liveworks 2018?

I’m incredibly excited to be involved in two group exhibitions in Sydney after Liveworks – Warm Bodies at Cement Fondu, and The Public Body .03 at Artspace, for both I will be presenting performances. Then I will travel to Helsinki to present Uncanny Valley Girl and another solo work, Desert Body Creep, in Baltic Circle festival, which is really exciting because it is the first time these two works will be presented in Europe, and also the first time Baltic Circle has programmed Australian work. After that and into 2019 I’ll undertake a series of residencies in Singapore, Zurich and Paris.