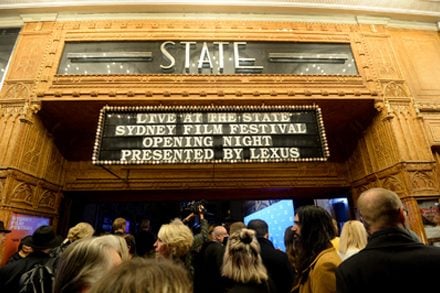 Hold on to your popcorn and reach for your choc top – the Sydney Film Festival just got a $5 million boost from the NSW Government.

Minister for the Arts Don Harwin announced the funding of more than $1.2 million a year over four years as the 66th Sydney Film Festival opened today.

This new funding is an annual increase of over 20 per cent. Since Government support began in 2009 the Festival has grown in attendance by over 80 per cent to become one of the leading international film festivals.

In addition to the four-year core funding the Government also announced additional support to expand the Festival’s footprint into regional cinemas by committing $355,000 to expand the Travelling Film Festival to 13 regional centres. Lismore, Singleton, Griffith, Orange and Broken Hill are in for a treat when the Festival hits their screens from 2020 onwards.

The screen sector in NSW supports nearly 10,000 jobs and in this year’s Festival lineup 17 films and a miniseries are supported by the NSW Government.

Sydney Film Festival CEO Leigh Small said, “The Government’s support of Sydney Film Festival is a testament not only to the vibrant and brilliant Australian filmmakers whose work screens at the Festival; but to our enthusiastic and diverse audiences who attend each year.

Sydney Film Festival Chair Deanne Weir added, “The Board are thrilled and grateful for this renewed and increased support. The Government’s commitment recognises the ongoing success of the Festival as one of the great film festivals of the world; and the leading role New South Wales plays in the Australian film industry.”