Screenability filmmakers destined for the big screen in 2021 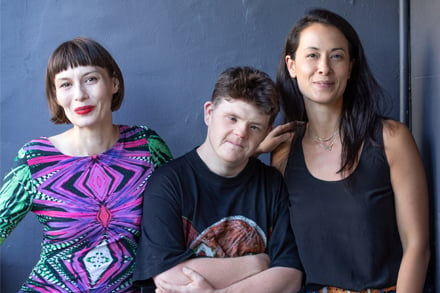 Emerging filmmakers with disability Samuel Martin, Danni Wright, Jacob Melamed, Digby Webster, Lauren Orrell and their teams have been selected to turn their filmmaking dreams into reality as recipients of the 2021 Screen NSW Screenability Filmmakers Fund.

The short films, which will be considered to premiere as part of the 68th Sydney Film Festival in 2021, include an animation from Archibald Prize-nominee Digby Webster, a documentary on Deaf professional aerial performer Katia Schwartz, and a short drama that highlights the difficulties of being a teenager with disability in high school.

Blockhead & Sparkles & The Flood of Tears, Deafying Gravity, and I’m No Hero will be filmed and post-produced entirely in NSW through the assistance of a $30,000 grant from the NSW Government’s screen agency, Screen NSW, with Executive Producer support from Liam Heyen and generous mentorship from, Patrick Egerton, Janine Hosking and Kriv Stenders.

Now in its fifth year, the fund is part of a suite of initiatives under Screenability NSW, an open-ended policy commitment by the NSW Government through Screen NSW to work with industry to grow participation in the screen sector by NSW-based filmmakers with disability.

Synopsis: Inspired by the artworks of Digby Webster. Blockhead and Sparkles are the dream team; where Blockhead loves to bake, Sparkles loves to decorate, and together they create the most extraordinary cakes in the village, but the very loud and shiny things that make Sparkles thrive start to escalate until Blockhead can take no more and pushes Sparkles away. At a loss, Blockhead must confront the terrors of the outside world to try to mend their friendship and save the cake shop from a literal flood of tears.

Digby Webster
Digby Webster is a celebrated visual artist and filmmaker. Digby has studied with and worked alongside Bus Stop Films as a production designer and actor on award-winning short films including The Interviewer and Heartbreak and Beauty, as well as acting in feature films Chocolate Oyster and Kairos. One of Digby’s visual artworks was selected as a finalist for this year’s Archibald Prize, and his works have also featured in countless exhibitions over the past decade including several Vivid installations. Inspired by several of Digby’s artistic creations, Blockhead & Sparkles will also be his directorial debut.

Lauren Orrell
Lauren Orrell is an acclaimed actor, writer, director, and producer with a background spanning theatre, film, web series and experimental film. Her debut full length stage play as a writer, Afflicted, which was based on her experiences with mental illness as child and as adult, ran a sell-out season at the Sydney Fringe Festival 2019.  In 2017 Lauren directed and produced award-winning short I’m Too Sad to Tell You and currently has several films in development. As an actor, Lauren is featured in award winning web series Starting From Now, Deadhouse Dark and Skinford.

Rosie Lourde
Rosie Lourde is a content creator traversing roles, formats and genres. Rosie’s feature directorial debut, romcom Romance on The Menu, launched on Netflix ANZ in September 2020 and trended at number 3 in its first weekend. Horror short, Dashcam, played as part of horror anthology series Deadhouse Dark at CanneSeries 2020. Digital series Starting from Now (which Rosie acts in and producers) has amassed over 135 million views online, sold to SBS and won numerous awards. Rosie was a writer/director/producer of virtual reality film Breach, producer on indie feature Skin Deep; and acted in several other projects including mumble core feature Chocolate Oyster that screened at Sydney Film Festival 2018. She was formerly the Investment Manager of Online Production at Screen Australia, as well as a co-Vice President of WIFT NSW, and currently sits on the Screen Australia Gender Matters Taskforce.

Patrick Egerton has been developing and producing content for over two decades. He co-founded Cheeky Little with David Webster in 2013 and specialises in the creation, development and production of animated series and films. Previous roles include executive producer for international co-production at Ambience Entertainment, Head of Development at Chief, a company he co-founded in the UK and producer at Animal Logic. 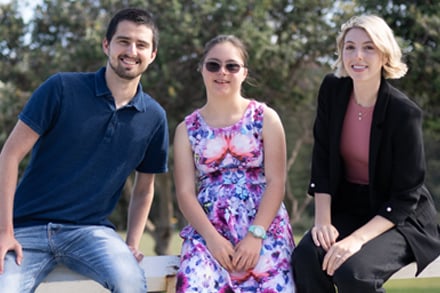 Synopsis: When a high school basketball captain is faced with suspension for breaking school property, a young girl with down syndrome takes him under her wing in order to win a dance competition and pay for the damages.

Jacob Melamed
Jacob Melamed is a director and writer who makes short films that focus on mental health and the human condition. His latest film Invisible premiered at Flickerfest in 2020, was an official selection in the St Kilda Film Festival 2020 and is now showing on ABC iview.

Jodine Holli Wolman
Jodine Holli Wolman graduated with honours in drama from Tisch School of the Arts at New York University. While in the US she also studied and performed at The Eugene O’Neill Theatre Centre, the launch pad of American theatre. Jodine has also worked in theatre production, as assistant-producer on Joanna Weinberg’s The Secret Singer at the Eternity Playhouse in 2018. She recently produced and starred in her one-woman show Minky Opens a Gallery at the Sydney Fringe Festival 2019, written and directed by Joanna Weinberg. Jodine is now focusing on film production and is working on a web series alongside Darren Ashton (Northern Pictures), written and directed by Jacob Melamed.

Emily Scerri-Rikkert
Emily Scerr-Rikkert is 16 years old. This is her first time writing a script and her first time professionally acting in a film. She is a major participant in sports and attends mainstream squad lessons, swims competitively with Special Olympics, and plays basketball and soccer. Whenever possible, Emily is dancing, whether it be during lunch at school, or during her after school dance and drama classes. Synopsis: Katia Schwartz is a Deaf and queer professional aerial performer and the owner and founder of Sky Sirens dance studio. After being diagnosed with a profound hearing loss not once but twice, she is compelled to reflect on her identity, life, and business. Deafying Gravity explores the question, “through defining experiences, how has Katia embraced the performer she is today?”

Samuel Martin
Samuel Martin is an emerging filmmaker with a focus on telling diverse stories with authentic voices. He is currently directing a funded short documentary with the Sherman Centre for Culture & Ideas SCCI.

Rebekah Ward
Rebekah Ward is an emerging producer and recent graduate of AFTRS. She has produced three funded shorts and has worked on two features with See Pictures, alongside Michael Pontin and Josh Lawson.

Danni Wright
Danni Wright has worked within the film, television and theatre industry for over 25 years as a director, actor and language consultant across a range of projects.

Liam Heyen – Executive producer across all three projects:
Liam Heyen is a film and television producer and has worked at acclaimed production company Goalpost Pictures, across all facets of the company on an eclectic range projects including Holding The Man, Fighting Season for Foxtel/Sky, Goalpost/Blumhouse co-productions Upgrade and The Invisible Man, and Cleverman for ABC/SundanceTV, on which he was Associate Producer/Digital Producer. Most recently Liam was Associate Producer on the Helen Reddy biopic I Am Woman, Co-Producer on Top End Wedding, and the upcoming SBS/All3Media revisionist western mini-series New Gold Mountain. Alongside his long-form work he has produced award-winning short films and web series that have premiered at film festivals including South by Southwest® (SXSW®), Sydney Film Festival, and Melbourne International Film Festival. Liam is currently in development on a number of projects under his own production banner Mad Ones Films, which he founded with fellow producer Cyna Strachan in 2017.