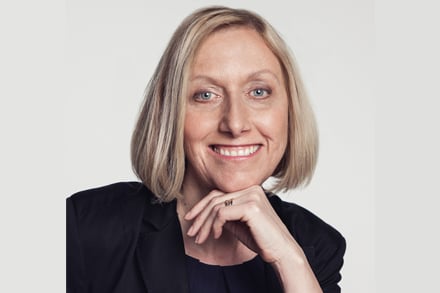 What ignited your passion for screen?

I was the first person in my family interested in joining the film and television industry. My father was a great lover of films and used to take me into the city to watch films from all over the world, so my love of cinema came from him. He would make home movies and taught me how to cut Super 8.

And how were you introduced to the film industry?

I studied Communications at Macquarie University and Art History at Sydney University, which is what cemented that this is what I wanted to do. I then went into community radio at Radio Skid Row, which I loved, because it taught me how powerful communication is, especially for people who don’t usually have a voice.

Eventually I joined the two loves – using art to give people and ideas a voice and with my love of cinema – and that’s when I fell back in love with film, and where it all started.

You’ve taken that early passion for empowering diverse and marginalised voices and ideas into building an incredible production business with likeminded peers, Ben Grant, Kylie du Fresne and Cass O’Connor at Goalpost Pictures. How does it feel to take those stories to the world?

It’s so interesting, because when you’re in it, you sort of don’t view it like that. You have a tendency to keep going and not take the time to stop and recognise what you have achieved. In saying that, we are so proud of all of our work. What Cleverman, The Sapphires, Top End Wedding and now The Invisible Man have done in the international market we could only dream of, but we did always believe in them. We always felt that they had an audience and that they were going to make some noise!

And how do you think the local industry can better forge a world for these diverse voices?

It’s taken a long time to change. In our local industry we all look to the incredible work that Screen Australia’s Indigenous unit has achieved over the past 25 years. When I first started there was also a women’s unit, for the promotion of women’s voices, and female filmmakers. There are a number of women in senior positions in the industry who have benefitted from that time.

Our Government bodies such as Create NSW continue to push this agenda, and that’s fantastic because they are forging change at the grassroots level. Then it’s about all of us in the industry saying, “I’m going to have the courage; I’m going to take a risk with you as well.”

And tell us a bit about how Goalpost Pictures investing in female filmmakers in Australia?

Our biggest investment is in stories about women with female protagonists, which often come from female creative talent, and we already have a diverse slate of established writers and directors. My business partner Kylie du Fresne and I are drawn to these stories and our Development Executive Sarah Christie has also introduced some exciting young female voices.

We’re working with women as filmmakers, directors, writers, and showrunners. I Am Woman, which is coming out in May, is starting with some big International Women’s Day screenings. I Am Woman is directed by Unjoo Moon, who’s South Korean born and Australian raised, now living in LA. Unjoo’s debut feature about the life of Australian singer Helen Reddy is an empowering cinematic experience. I Am Woman was written by Australian screenwriter Emma Jensen. We spent five years working together to bring this film to the world.

We are also developing projects with some wonderful female talent including Julie Kalceff, Vanessa Gazy, Jocelyn Moorhouse, Lally Katz, Kay Pavlou and Miranda Tapsell, and we’ve just optioned a project with a fantastic young writer Nicole Reddy, who has a fresh unique voice.

Can you tell us a bit about The Invisible Man that’s just hit the cinemas?

The Invisible Man is the second film we’ve made with Writer / Director Leigh Whannell; I am one of the Executive Producers alongside Ben Grant, and Kylie du Fresne is Producer. It’s a very exciting project with Universal Pictures distributing it worldwide. Leigh is very, very talented, and the film does a brilliant job in both maintaining tension and scaring the hell out of people – and having something to say.

The Invisible Man is a total spin on a classic, and really, it is from the victim’s point of view, who is played by Elisabeth Moss. It’s redemptive, scary, and quite an incredible movie. I was in a session where the women all cheered at the end – and we won’t give away the ending.

Elisabeth Moss is also just amazing in the film.

Her performance is just out of this world. She’s basically acting with an invisible man, literally!

What kind of projects do you see yourself involved with in the future?

We’re heading into a TV series with SBS called New Gold Mountain, which is a revisionist western set on the goldfields, and that’s through the eyes of a Chinese headman – the head of a community – named Wei Shing.

We also have a TV series Dark Victory in development. The director Matthew Saville and I took the idea to Berlin to a pitching competition in February. It was one of 10 projects selected from around the world. It is a thriller on the high seas based on a real story.

We are also very excited about a book we have just optioned by Australian author Genevieve Gannon called The Mothers.