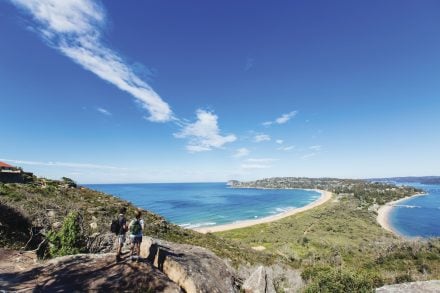 Sydney’s picturesque Palm Beach will be the setting for a new feature film to be directed by critically acclaimed filmmaker Rachel Ward.

The NSW Government has announced its support for Palm Beach, a heart-warming comedy about old friends reuniting, with Sydney’s iconic Palm Beach providing a stunning backdrop for the unfolding drama.

Minister for the Arts Don Harwin said, “This is fantastic news for NSW filmmaking, bringing in a spend of over $5m as well as 80 jobs across the shoot at the beautiful Palm Beach location setting.

“I am particularly pleased to see the hugely-talented Rachel Ward at the helm, directing an incredibly acclaimed cast and crew.” Minister for Tourism and Major Events Adam Marshall said the production would showcase Sydney’s northern beaches to viewers from around the world.

“Film is a powerful medium to showcase destinations, with a location so often becoming a central character in itself in many screen stories. We’re delighted to be supporting this new Australian comedy which will showcase Sydney’s picturesque Palm Beach and surrounding Pittwater region to a worldwide audience,” Mr Marshall said.

Producers Deb Balderstone and Bryan Brown said, “We are delighted to be embarking on this journey together with our partners. In the capable hands of Rachel Ward, the irresistible world of Palm Beach is set to become a future classic.”

The NSW Government is supporting the production through its arts, screen and culture agency Create NSW and tourism and major events agency, Destination NSW.

Palm Beach is a New Town Films and Soapbox Industries production with principal production investment from Screen Australia, in association with Create NSW and Spectrum Films and with support from Destination NSW.

The film will star Bryan Brown, Sam Neill, Greta Scacchi and Jacqueline McKenzie, and will start production later this year at various locations in Sydney.