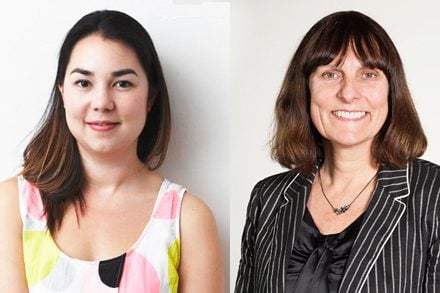 The mentors will be supported by Create NSW to attend in facilitation roles, assisting and supporting emerging arts workers and helping them to leverage international networking opportunities to enable greater participation across the major event.

4A Centre Director Dr Mikala Tai will receive $7,500 to support her attending the Australia Council’s event program running alongside the Biennale’s Vernissage from 4 – 14 May 2019.

Independent curator and UNSW lecturer Jasmin Stephens will also receive $7,500 to support a second event program taking place in September/October 2019 and with the support of Murray Art Museum Albury (MAMA) curator Michael Moran, coordinate a follow up roundtable at MAMA in 2020 to support returning emerging NSW arts professionals and mentors in their networking.

“As we continue to encourage ongoing sector development, I’m proud that Create NSW has been able to go above and beyond our financial support for attending participants to deliver a new level of support that lets established cultural leaders in NSW give back to the sector and nurture a new wave of exciting Australian arts professionals,” Ms Scott continued.

“Our professional development programs at the Venice Biennale provide vital opportunities for dozens of Australian arts workers to directly benefit from Australia’s longstanding participation in one of the most significant international arts events,” Australia Council Executive Director Strategic Development and Advocacy, Dr Wendy Were said.

“We are delighted to partner with Create NSW to deliver this wonderful new opportunity for established visual arts leaders that will be so beneficial to the emerging professionals participating in our Venice program.”

Dr Mikala Tai is the director of 4A Centre for Contemporary Asian Art, Sydney. As a curator, researcher, and academic specialising in contemporary Asian art, she has collaborated with local, national, and international organisations to strengthen ties between Australia and Asia. Recent curatorial projects at 4A include The Burrangong Affray (co-curated with Micheal Do, 2018), Before the Rain (2017); I don’t want to be there when it happens (co-curated with Kate Warren and expanded at Perth Institute of Contemporary Arts with Eugenio Viola, 2017); and Jogja Calling (2016). She received critical acclaim for her organisation of the performance program at Art Central Hong Kong (2016-2018).

Tai has taught at Monash University, Royal Melbourne Institute of Technology (RMIT) and the University of Melbourne in both undergraduate and postgraduate programs. Tai’s writing can be found in several exhibition catalogues in addition to periodicals such as Broadsheet Journal, Art Monthly Australasia, Photofile, Vault, and Ocula. In 2015, Tai received her PhD, focusing on the influence of the global city on China’s local art infrastructure.

Jasmin Stephens is an independent curator and a lecturer in the fields of curatorial studies and contemporary Asian art. Following senior positions with Artbank, the Museum of Contemporary Art Australia (MCA) and Fremantle Arts Centre, Jasmin has pursued a critical practice as a curator and educator since 2011. She has contributed to programming across Australia and in Singapore, Thailand and Taiwan conducted by institutions and led by artists.

A regular panel assessor, Jasmin has served on the Board of ANAT, the Australian Network for Art and Technology, and on the City of Waverly Public Art Advisory Committee in Sydney. In 2018, she acted as a mentor for Contemporary Art Tasmania’s Shotgun Artists Professional Development Program and worked with several artists as a researcher and strategist – a role in which she coached presentation skills.

Jasmin is participating as a mentor in the Venice Biennale Emerging Arts Professionals Program with the support of Michael Moran, curator, Murray Art Museum Albury (MAMA).

About the Emerging Arts Professionals

More information about the Emerging Arts Professionals can be found here: https://www.create.nsw.gov.au/news-and-publications/news/ambitious-australian-arts-professionals-to-assemble-in-venice/