NSW lures the largest ever Chinese/Australian film to Sydney 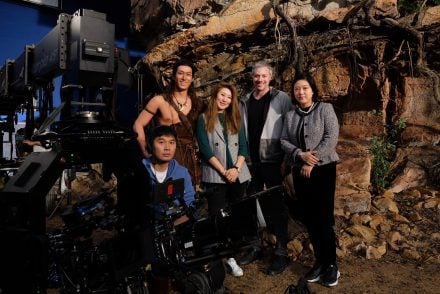 Minister for the Arts Don Harwin confirmed that the highly skilled special effects work on the major new Chinese/Australian feature film Legend of Sun and Moon will take place in NSW.

The film has been secured for NSW by the NSW Government through its Made In NSW – International Footloose Fund, investing up to $10m in yearly funding to bring the very best in film and television to our shores.

“Legend of Sun and Moon is the largest Chinese/Australian co-production to ever have been made and a big coup for the NSW screen industry that 100% of its specialised post work will be completed in the State,” Mr Harwin said.

“NSW companies have built a strong international reputation for their creativity and technical brilliance in film and television post production and they have a significant track record of working successfully with China.”

The production will be based at Sydney’s Fox Studios, with notable collaborators including Producer Todd Fellman, Writer and Director Eva Jin, and producers Beaver Kwei and Eileen Gong.

Todd Fellman said: “Eva and I are extremely excited to be working with such incredible talent and world class facilities of NSW for the Post Production on Legend Of Sun And Moon, a unique and ambitious collaboration that will set a new benchmark for the potential of Chinese-Australian co-productions.”

Legend of Sun and Moon is an adaptation of the classic tale of Chang-E, Goddess of the Moon and Hou Yi, the heroic archer who shot down nine of 10 suns that were scorching the Earth.

The film will be distributed in China by Tencent with Chinalion handling the Australian theatrical release.

Principle filming has just been completed in China.