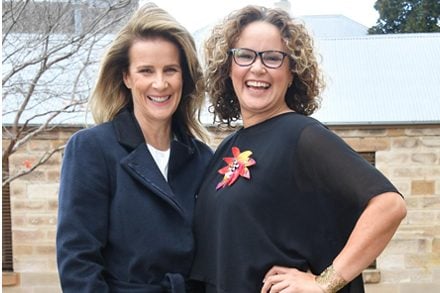 Minister for the Arts Don Harwin joined some of the country’s leading female screen talent to announce #SheDirects, a new initiative to bring more female directors to the forefront of the Australian screen sector.

Director and internationally renowned actor Rachel Griffiths as well as actor, writer, and director Leah Purcell were in attendance as Minister Harwin announced a $100,000 kick-start to increase the number of females in director positions.

Minister Harwin says the funding is for up to four TV drama projects.
“As the country’s leading State for film and television, we are committed to supporting the best female talent that Australia has to offer in key creative roles,” Mr Harwin said.

“The industry has made excellent progress and #SheDirects will give even further impetus to ensuring gender is no barrier to achievement in this diverse sector.

“In NSW we have incredible female screen talent in-front and behind the camera. It’s important that merit comes before any other factor in a person’s ambition to succeed.”

Applications are open for one-hour TV dramas with a female director and at least one other female as part of the NSW-based key creative team.

Rachel Griffiths commented, “Initiatives like #SheDirects are critical to help bring down barriers for women in the screen industry. Australia has always led the world in female participation in this universally male-dominated industry. I commend Minister Harwin for continuing these game-changing projects that will keep our industry in world’s best practice.”

Leah Purcell added, “#SheDirects is a great initiative. Parity in our sector is a good thing and a worthy endeavour. We know women make up half the population so similar numbers behind the camera makes all the sense in the world. Talent and numbers are not the issue, opportunity and access are. I come from the Indigenous screen sector where women have been an important part of a modern Australian film and TV movement and #SheDirects will only broaden that and increase female participation as a whole.”

Minister Harwin added, “as well as calling on female directors to apply, we urge the nation’s broadcasters to back this important initiative.”

Applications are open until Sunday 5 August 2018. Full guidelines can be found here.