New Stan Original Series ‘Wolf Like Me’ secured for NSW 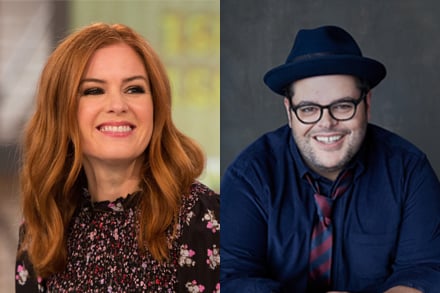 Stan Original Series Wolf Like Me, from Emmy-award winning production company Made Up Stories, will soon call NSW home thanks to the support of the NSW Government’s Made in NSW Fund.

The production, written and created by Abe Forsythe, and set to star Isla Fisher and Josh Gad, will be filmed in locations across Western Sydney and regional NSW. The series has been commissioned by Stan in association with NBCUniversal’s streaming service Peacock in the United States.

The production will bring $28.8 million in production expenditure to the NSW screen industry, and support more than 160 jobs for local cast and crew.

On behalf of Made Up Stories, Jodi Matterson, Bruna Papandrea and Steve Hutensky said the distinctively Australian production, supported by NSW Government, would showcase local talent.

“We are thrilled to be teaming up with Abe, Josh and Isla for Wolf Like Me, it’s such an incredibly unique and distinctive show. To have the continued support of Screen NSW as we strive to showcase Australian talent to the world is so valuable, and we couldn’t be more excited about it as well as having a home as an original on Stan.”

Stan’s Chief Content Officer Nick Forward said the production would shine a light on Australian content and expand on Stan’s partnership with NBCUniversal and Peacock.

“Wolf Like Me promises to be a premium Australian made drama that will see Stan expand its partnership with NBCUniversal and Peacock. We look forward to seeing the talented production team at Made Up Stories, alongside Abe Forsythe, Josh Gad and Isla Fisher, bring this world-class Australian story to life, with the help of Screen NSW.”