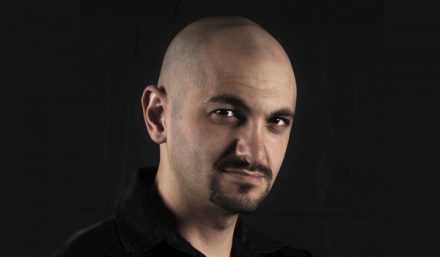 As part of the Sydney Writers’ Festival this year you were a part of the Return of the Big Black Thing, which is a series of prose and poetry by emerging and established writers from diverse backgrounds and published by Sweatshop: Western Sydney Literacy Movement. Can you tell us how this series of work came about?

Two years ago, Sweatshop received funding from Create NSW Strategic Initiatives. That put Sweatshop in a position to hire a manager and kick off a new literary series. Then Winnie Dunn and I worked together to initiate a series, a Western Sydney literary anthology, which does not discriminate about ages or the level or the standard of career in writing.

We created The Big Black Thing, which is an amalgamation of all the writing we can accumulate in one year. You’ve got writing from members of the Western Sydney Writers’ Group, high profile writers like Peter Polites, right alongside pieces from newly-arrived Australians who are just learning to read and write. There’s no bias and no discrimination between them. We wanted to create an anthology that showcases the best writing in the country and the best writing from Western Sydney without any labels. The book is entirely created by people from minorities, and the writing itself is by young Indigenous, migrant, and refugee writers.

When you founded this Sweatshop in 2012, what was it that made you feel like this kind of organisation was needed?

The philosophy of Sweatshop is built on the ideas of an important African American cultural theorist, social activist, and feminist writer named Bell Hooks. Hooks argues “that all steps towards freedom and justice in any culture are always dependent on mass-based literacy movements, because degrees of literacy determine how we see what we see”.

The idea of Sweatshop as a literary movement is to empower culturally and linguistically diverse communities in Western Sydney. Creative writing is not the outcome, it’s the tool. The goal for us is to create a free and just society for all Australians, and if you look at the representation of non-English-speaking and Indigenous communities and Western Sydney communities in the media, what you see is a kind of demonisation, a type of ‘othering’ that often marginalises us, we created Sweatshop as a way of counteracting those negative media and political narratives that often disempower us.

Your new novel, The Lebs, is a sequel to your debut novel, The Tribe, and a continuation of the character Bani Adam as he deals with high school – why did you decide to make this story a trilogy?

I’m working currently on the third book that will be out in a couple of years with Hachette. I could have just stopped on The Tribe, but I was in the privileged position of being able to produce a series of works, so that’s what I did.

The importance of the trilogy is that the representation of Arab Australian Muslim men in Western Sydney over the last 20 years has been primarily negative. It’s probably not enough for one Arab Australian to produce just one book. As Arab Australian Muslim men in Western Sydney we need to be diligent. We have to keep going and making responses and reactions that empower us and that offer alternative narratives. I’m going to keep producing literature and I’m going to keep producing representations of my community that I own and that come from me as a way of counteracting the stories that have been hijacked and that have been spoken about us and for us.

And where in the trilogy do we find the lead character Bani?

The first book follows Bani as a child. In The Lebs, the second in the trilogy, Bani is now a teenager. I feel like The Lebs is always going to be the most important book in the trilogy because Bani is in a very important moment in his life as a teenager, in terms of his identity, and with what’s going on in the world.

Bani is an Arab Australian Muslim male teenager growing up at the time when the ‘Lebanese-Muslim’ gang rapes took place in the western suburbs of Sydney, the same time as the 9/11 attacks, and the Cronulla riots. These incidents had transformed young Arab Australian Muslim men into the main menace in Australia. They’d become sexual predators and they’d become terrorists, drug dealers and drive-by shooters and gangster-type characters. Bani is in a world where he’s not only a teenage boy, a Leb, but he’s also facing a world that hates him and that fears him, and he’s trying to work that out. That’s why I think this book is the most important.

Why did you decide to write this novel in first person narrative from Bani’s perspective?

I write autobiographical fiction and using this genre means to some extent that this is my real life and based on my real-life experiences.  You can see that there are some really specific examples and incidents that are based on real places. It felt for me that the genre of autobiographical fiction is most suited to the first-person perspective; the perspective of my own, because Bani Adam is loosely based on myself. Bani Adam is an Arabic term, it’s not a name. It’s actually a term that means ‘humankind’, or to be more specific it means ‘Child of Adam’.

You used humour to highlight different issues, like racism and rejection of the circumstances you might find yourself in. Why do you think humour is such a useful tool to employ when discussing these types of issues?

I never promote myself as a funny person, as a comedy writer or a comedic person whose goal is to make people laugh. My goal really is to make people think, to challenge people, to question ideas, to question ideology. What I try to do is create a version of truth, and here’s the simplest way to put it: if you can capture the truth about Lebs, Lebs are funny. I think that humour in a way, is vulnerable. I think humour is very effective in changing people and transforming people, because it frees them. It opens them up and it exposes them in a way that is joyful and pleasurable. If I can make people laugh at these horrendous situations, it’s one of the easiest ways that they can start to reimagine the scenario.

What are you working on now?

I’m working on my new book Little White Wog. It’s kind of like a love letter to my little boy, my son. He’s the product of me, an Arab Australian man, and his mum, an Anglo Australian woman. This is the last story in the trilogy and it’s looking at Bani as a grown man entering into a cross-cultural relationship.

With regards to Sweatshop, we have just launched an anthology of the best writing we accumulated from Western Sydney over the last 10 years in a beautiful publication called Bent Not Broken, which was edited by me and my amazing sisters, Julie Koh and Winnie Dunn, and which was supported by Create NSW. We’ve got people in this book who were 10 years old when they entered the competition and now they’re 20 and studying literature at university! And we’ve just launched The Big Black Thing: Chapter. 2. We’re also doing an Indigenous and migrant literary exchange program called Deadly and Hectic, which will include a publication edited by Sweatshop Associate Director, Ellen van Neerven and myself, and again, I’m pleased to point out that this project is supported by Create NSW! The women in Sweatshop are also doing a diverse women’s anthology, which is run by Winnie Dunn, so we’re really busy running this literacy movement and creating spaces where people from minorities are empowered to tell their own stories.