Mad Max prequel Furiosa to be filmed in NSW 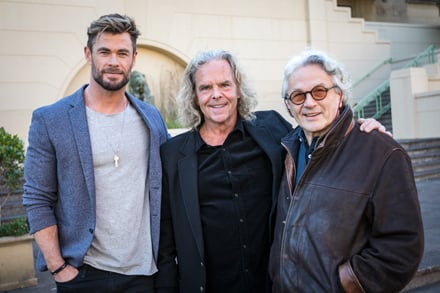 The long-awaited prequel to George Miller’s Academy Award Winning Mad Max: Fury Road is set to be filmed in NSW, and expected to become the biggest film ever to be made in Australia.

Furiosa stars Chris Hemsworth, Anya Taylor-Joy and Yahya Abdul Mateen II, and will become the largest production to ever be filmed in NSW when filming begins in June.

Securing the production of Furiosa in NSW was an important win for the State and the NSW film industry. With NSW employing 56% of the Australian screen industry, the production is expected to support more than 850 local jobs and bring in around $350 million into the NSW economy, with filming set to take place in a number of locations including in Western Sydney and regional NSW.

Attracting Furiosa to NSW was a momentous moment for the local screen industry, which has seen a recent boom in blockbuster productions. This major production will further cement NSW’s place as a competitive film production powerhouse, for delivering high-end international productions.

“We are entirely grateful to the Berejiklian Government and for the advice and help extended to us by Graeme Mason, CEO of Screen Australia and Grainne Brunsdon, Head of Screen NSW. The support of the Federal and New South Wales Governments were pivotal. They made it possible for the film to be greenlit, shot in Australia and for the production to be based in our home state,” Dr Miller said.

The NSW Government’s $175 million Made in NSW fund and PDV Rebate and the Federal Government’s 40 per cent Producer Offset helped to secure the production for NSW.

Furiosa will be produced by Kennedy Miller Mitchell Films Pty Ltd, and financed by Warner Bros / Village Roadshow for worldwide distribution. George Miller will direct, co-write and produce the film, along with his long-time partner, Oscar-nominated producer Doug Mitchell.

Mad Max: Fury Road was nominated for 10 Academy Awards in 2016, and won six, including for Production Design, Sound Mixing and Editing, Costume Design, Hair and Makeup, and Film Editing.