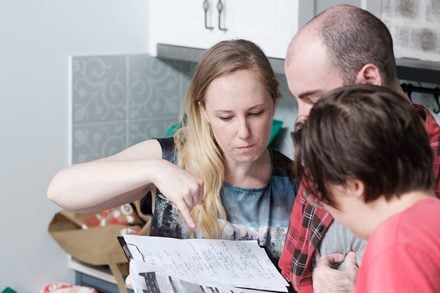 Filmmaker Nicole Delprado draws on her experience to create her new film Magnetic.

What does it mean to you to have your film Magnetic selected to screen in the 66th Sydney Film Festival’s Screenability program?

It’s incredible to have my film selected to screen at Sydney Film Festival, and a brilliant opportunity to not only showcase filmmakers from diverse backgrounds, but to further my career.

Magnetic tells the story of Bella who is coming to terms with a Bipolar diagnosis. What inspired you to tell this story?

Magnetic is inspired by my own experience with Type 2 Bipolar Disorder; my journey through anxiety and depression through to hypomania, my diagnosis and my fear of losing my identity and creativity.

You come from a director of photography background (DOP). How much of your experience informed the stylistic choices of Magnetic, like the colour scheme and breaking the fourth wall (where Bella – the lead character addresses the camera)?

It was important to have a visual representation of what is essentially the character’s own perception of the world around her. By breaking the fourth wall, Bella was able to articulate that her personality is separate from her illness – an idea that is pertinent as she questions the source of creativity and identity.

The use of colour was pivotal in differentiating her varying mental states in the film. We also contrasted the look using prime lenses and then tilt-shift lenses with a few in-camera tricks help further the texture of relationship to the world around her.

How did you and Magnetic’s producer Joanna Beveridge come to work together and what has it been like working together?

Joanna and I are a team. We write together, make content together and have known each other for many years. This project was particularly special, as the story was personal. It was invaluable to have that support system there through the development and production process. Whilst writing, I had to re-live some of the lowest moments in my life.

In your work, strong female narratives are key. Why is this important to you?

Females have so many different dimensions, personalities, cultures, experiences and layers. I believe there is much more to explore in the characters we write and those we see on screen. This will come through females themselves writing, directing and shooting these characters. It’s important for future generations to see not only female role models, but complex human beings who exist outside of traditional archetypes. If you can see it, you can be it!