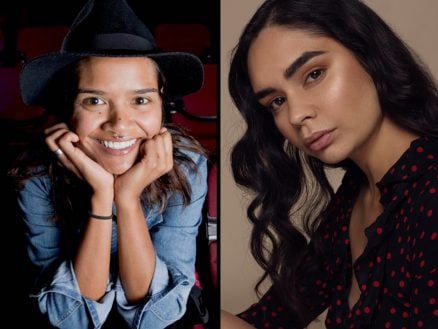 Bee will join the agency to begin her Emerging Producer Placement on Monday 29 October and Marlikka in early 2019.

Storyteller Bee is an aspiring producer, writer and director who draws inspiration from her experience as a Gomeroi, Wiradjuri and Monaroo-Yuin woman as well as the urban context of her Western Sydney upbringing.

Prior to joining Create NSW, she has worked in film, theatre and television alongside Rachel Perkins and Wayne Blair on Redfern Now and Cleverman, and with Urban Theatre Projects as the Assistant Director of Home Country for the Sydney Festival 2017.

Marlikka Perdrisat is a Nyikina and Wangkumara woman from regional Western Australia. While living in Broome she completed a Bachelor of Commerce majoring in Management and since moving to Sydney has completed short courses at NIDA, Screenwise and Sydney Drama School. She is currently working as a legal researcher while completing her second year of the Juris Doctor in Law and has worked as a model and actor including a role in feature film Akoni.

Marlikka was nominated for Australian of the Year in 2017 for her involvement with Kimberley Girl, a development program for young Indigenous women. With a passion for supporting others, Marlikka aims to use her professional and personal experiences to write and produce stories that provide a voice for the underrepresented and use her placement to gain a deeper understanding of the screen industry to become a project manager and support other emerging storytellers.

The two EPP recruits will spend their first three months working with the Create NSW Screen Investment team, with the opportunity to attend key industry events during their time with the agency.

The up-and-coming filmmakers will continue their placements with a further three months learning from experts at NSW production companies best matched to their skillsets and creative forms.

Create NSW Acting Director Screen Investment, Engagement and Attraction Sally Regan said, “Working first with Create NSW and then with production teams provides an essential grounding of the realities of the funding and production processes that our placements find invaluable when starting out in the industry.

“We are delighted to focus this year on emerging Aboriginal and Torres Strait Islander talent and excited to welcome Bee and Marlikka aboard.”

The Emerging Producer Placement scheme is an annual program offering professional placements for two emerging producers. In 2017/18 the opportunity was targeted at Aboriginal and Torres Strait Islander producers.