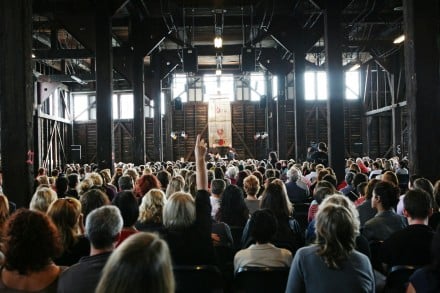 The Sydney Writers’ Festival is Australia’s largest annual celebration of literature and ideas. Each year, the festival records attendances of around 80,000, from the festival hub at Walsh Bay to the Blue Mountains and regional cities.

Featuring international and Australian authors and with half of the more than 300 festival events each year provided free of charge, Sydney comes alive each May with new ideas, discussion and debate. Festival events are presented in the Sydney Theatre, the theatres and studios of Walsh Bay and – with special support from the NSW Government – in the iconic Pier 2/3, as well as other city venues such as the City Recital Hall, Sydney Opera House and Sydney Town Hall. Sydney Writers’ Festival also features an extensive suburban program and special programming for schools.