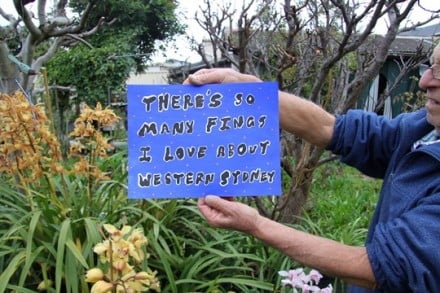 Western Sydney is one of the fastest-growing regions in Australia. It has 47% of Greater Sydney’s residents, and over the next 20 years, its population is expected to increase by 50% to over three million. Western Sydney is also one of the State’s most multicultural regions, with a population representing over half the world’s nations. It is also home to NSW’s largest population of Aboriginal people. Western Sydney has an innovative arts and cultural sector, which is attracting new audiences and providing significant growth opportunities. State and local governments have invested significantly in the region to strengthen and expand the network of arts centres and cultural facilities.

These centres present vibrant programs that draw upon the best of the region’s arts and culture to tell the stories of their communities. Western Sydney is also home to two Living Museums, Elizabeth Farm and Rouse Hill House and Farm.

Planning arts and cultural infrastructure for Western Sydney will be aligned to, and integrated within, broader strategic planning for liveable communities, employment opportunity and urban development.

For more information about the New Museum for MAAS at Parramatta, please click here.

Create NSW is working with the State Cultural Institutions as they deepen their presence in Western Sydney through genuine and recipricol partnerships.

Key actions under Create in NSW

Western Sydney’s opportunities — its size and diversity, the characteristics of its economy and the increasing pressure on relatively new infrastructure — are also its challenges. As one of the fastest-growing sectors of the State’s economy, the creative industries can play a part in developing the region. Supporting culturally relevant, accessible arts programs is the key to success in Western Sydney. Acknowledging Western Sydney’s unique qualities and great creative promise, this Policy includes specific actions to support growth across its subregions, harnessing potential and maximising opportunity.

1) Mapping the Arts and Cultural Landscape of Western Sydney

A key action under the Policy is the mapping of the arts and cultural landscape of Western Sydney for which SGS Economics and Planning have been engaged by Create NSW to map the region’s soft and hard infrastructure. The findings of the mapping project will inform strategies, investment and infrastructure development decisions for the development of the arts and cultural sector in the region. The research methodology employed by SGS included: