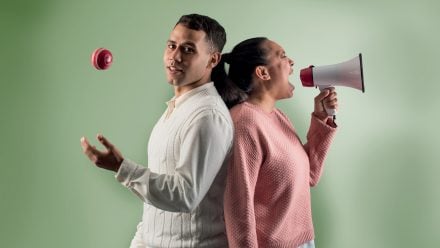 Black Cockatoo uncovers the story of 13 Aboriginal men from country Victoria, who in 1868 became the first Australian cricket team to tour England. This tour sparked the emergence of Australia’s first Aboriginal sporting hero Unaarrimin (Johnny Mullagh). Sydney Festival and Black Cockatoo director Wesley Enoch shares with us this historical story of triumph, and his experience of bringing it to life on stage.

What can Sydney Festival audiences expect with Black Cockatoo?

It’s a story about history but it’s also about today. Six Indigenous actors on stage telling the story of the first Australian cricket team to tour to the UK in 1868. They play all the roles including the English aristocracy, team organisers and the team. It’s a funny and informative night of theatrical storytelling.

This is a largely unknown story. How do you think it will impact on audiences?

Audiences understand our country better once they’ve heard a neglected story. There are so many hidden stories in our history and people are both thrilled to hear them and disappointed they didn’t know them before now. I’ve loved hearing more about how Cricket Australia has embraced the story of Johnny Mullagh and the team to the point where they have named the Boxing Day Test medal, the Johnny Mullagh Medal.

What most excites you about the play’s story?

I know nothing about cricket, but I love that a game that was very much a colonial game was learnt by a team of Aboriginal men from Western Victoria and they got so good that some of them played at the Melbourne Cricket Ground, touring the parts of the country and then got to beat teams in the UK. I will always love a story of an underdog beating a bully at their own game. It’s so rewarding.

How much did you know about Black Cockatoo before directing it?

Geoffrey Atherden, the writer, came to talk to me about the story a few years ago. He is a such a good human being and talented writer and wanted to get some insights. We talked for ages and during the discussion a White Cockatoo came and sat on a branch outside the window of my office. I remember saying to Geoffrey that it was an omen and message of some sorts that birds are often the bringer of messages. Geoffrey went away and I didn’t think I would be playing a role in bringing this play to the stage. About a year later Geoffrey told me that his research had revealed in the place where Johnny Mullagh came from a Black Cockatoo is the right skin for a White Cockatoo, meaning they can marry. So little did I know that long before I knew I was going to direct this show, the spirits had already said I should.

Can you talk about why you chose to have an all-Aboriginal cast for this project?

At times during the story you have to talk about racism and prejudice, and by having an all Aboriginal cast you get to experience the irony and sarcasm of the sentiments being expressed. An All Indigenous cast allows for different ways of storytelling and bonds to form. I find we work differently; we use humour differently and we seek a different relationship with audiences. I love working in these environments because we build each other up and strengthen our representation.

What kind of discussions did you have with the writer Geoffrey Atherden that impacted your direction and vision for the play?

From several discussions Geoffrey created a contemporary storyline about a group of protestors breaking into a museum and unleashing the story of Johnny Mullagh and the team. As part of this approach he wrote a character called The Curator and I realised that we were talking about museums and collections that hold so many of our artefacts and storytelling objects. This notion of breaking into a collection and unleashing the truth-telling of our people became a wonderful metaphor for the whole play and the purpose for us to enact.